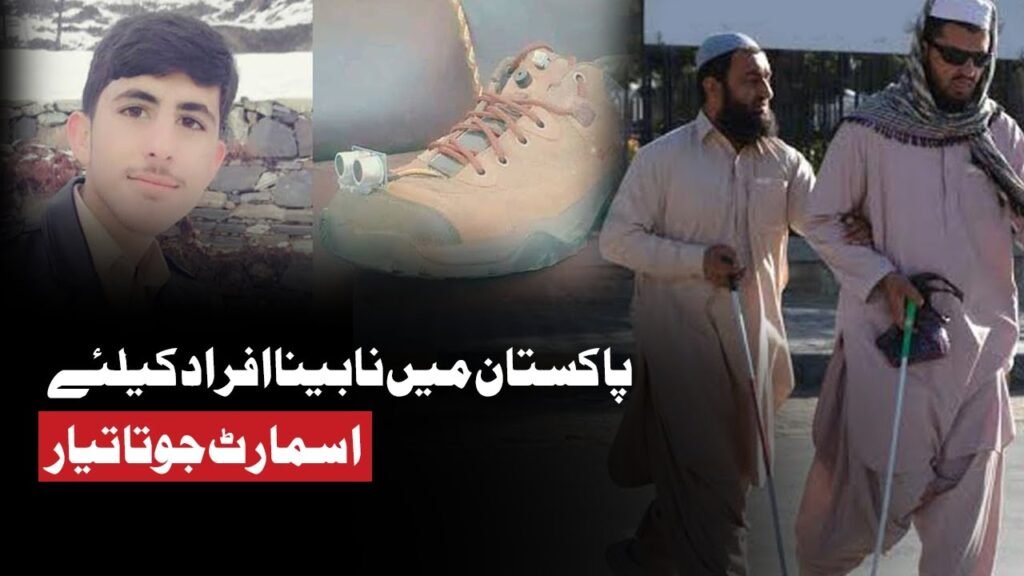 This device is designed to warn the visually impaired about an obstruction within 120 cm of sound or vibration.
The 17-year-old is a Grade 10 student and entered the world of innovation by repairing and repairing bad batteries powered by electric batteries. The young student also made several gadgets in his school lab.
Talking to a source about his invention, Wasiullah said, “After the popularity of smart shoes, visually impaired people will no longer need a walking stick or a guide.”

The shoes are equipped with an ultrasonic sensor and an Arduino board to protect blind people while walking. Using the device, they can be notified of any interruptions.

The 17-year-old said a pair of smart shoes could cost around Rs 4,500, adding that it was impossible for him to market them personally as he had to support his college education. It was getting difficult.

Muhammad Farooq, Wasiullah’s physics teacher, called him his brightest student.
This Smart shoes for the visually impaired are available in many foreign countries but their prices are beyond the reach of many people in this country.

Farooq concluded, “The government should own this project because the shoes Wasiullah made are cheaper and more affordable.”

What are your views on this?