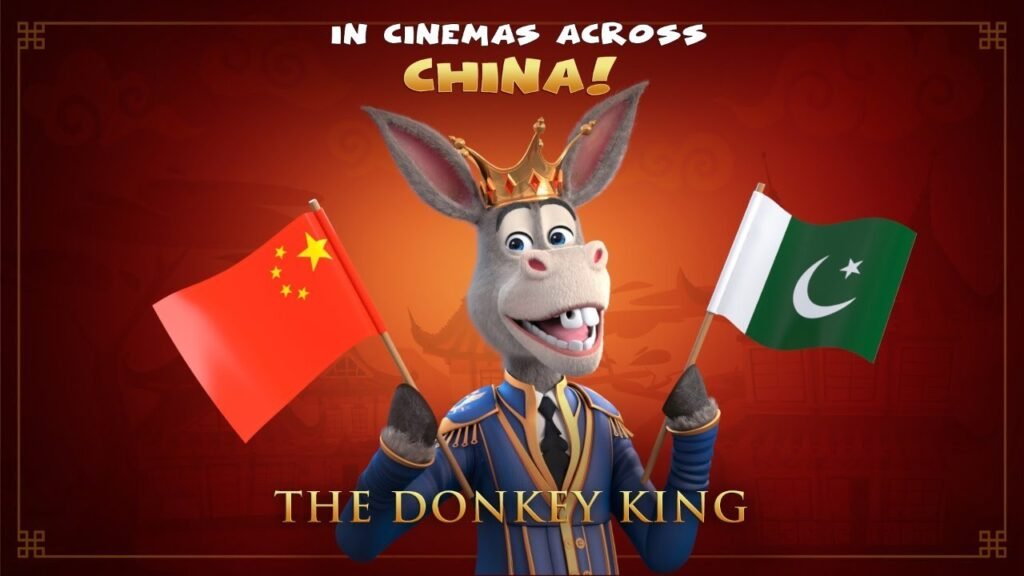 Share
Facebook Twitter LinkedIn Pinterest Email
Successful show of Pakistan’s favorite donkey continues in China.
A large number of people in China are watching and appreciating the masterpiece animated film ‘The Donkey King’ from Geo Films and Telsman Studios.
Fans say that the screening of Pakistani animated film in China is welcome.
It is believed that this animated film, which has set business records in many countries of the world, including Pakistan, has been released in China by dubbing in Chinese.
The film, which has garnered worldwide attention, has also captivated the people of China. A large number of people are coming to see the fascinating story of the film and their favorite character ‘Donkey King’. Everyone is enjoying the movie.
It may be recalled that Pakistan’s first highest grossing animated film has been released in more than 10 countries including Spain, South Korea, Russia, Greece, Turkey, Peru, Colombia, Ecuador and Ukraine and has become a global ambassador of Pakistani cinema.
163
China Donkey King PakistanFavorite PakvsChina
Share. Facebook Twitter Pinterest LinkedIn Tumblr Email