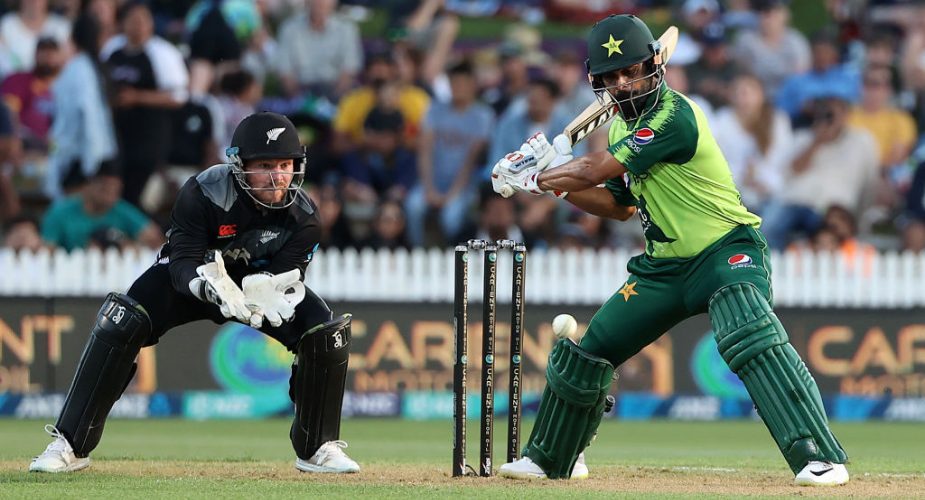 Sharjah: Pakistan needed 135 runs to win against New Zealand on Tuesday as the Green Shirts faced the Black Caps at the Sharjah Cricket Stadium today.

Earlier, Pakistan won the toss and elected to field first. On the toss, captain Babar Azam said, “We are going to bowl first.” “We will take the early wickets and put pressure on them.

“The second reason is the dew factor, so the team wants to take advantage of that,” he added. Recalling the historic win against India, the captain said that a win always gives confidence to the team, especially if it is the first win.

“There is always room for improvement so we will try to be consistent,” Babar Azam said, adding that he has not made any changes to the playing XI.

New Zealand will begin their ICC T20 World Cup campaign today against the Green Shirts, who began their journey with a record-breaking win over India.

Pakistan is third and New Zealand is fourth in the ICC Men’s T20 team rankings. Pakistan has a historic lead over the Kiwis in the format, although it has won 14 and lost 10 matches between the two sides.

Both teams were scheduled to play the series in Pakistan as part of preparations for the T20 World Cup, but the Kiwis abruptly canceled the series a few minutes before the start of the ODI series schedule in Rawalpindi, citing security threats.

The PCB had expressed disappointment over New Zealand’s decision. PCB chief Rameez Raja had said, “It is very disappointing to leave the tour with a one-sided approach to the security threat.”