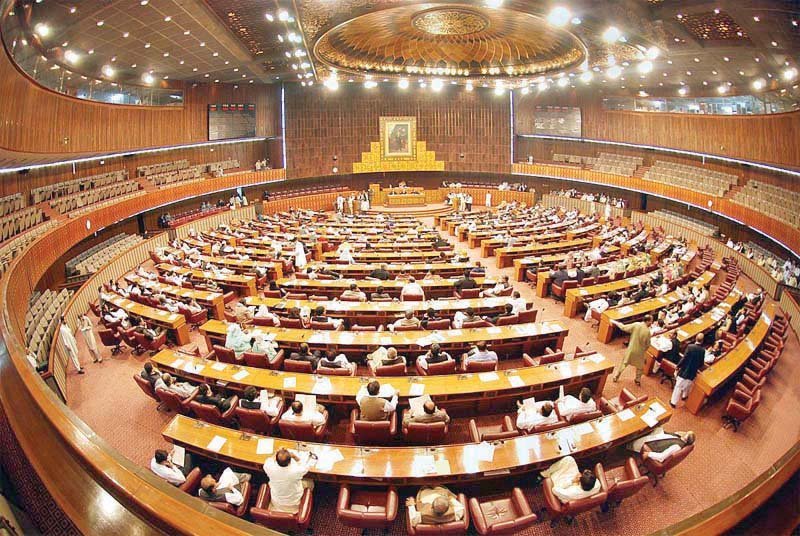 1. Which bills will be presented in the joint sitting of Parliament including Clubbhushan?

Dr. Babar Awan, Advisor to PM Imran Khan on Parliamentary Affairs, said that the allies are united and with us.
Adviser to Parliamentary Affairs Babar Awan while talking to Geo News said that laws are for public interest and not for the benefit of anyone, the opposition should show wisdom.
Parliamentary Affairs Adviser Babar Awan said that in the joint sitting of Parliament, Electoral Reforms Bill, I-Voting, Electronic Voting Machine (EVM) Bill, FATF Bill, Anti-Rape Bill, Law in Islamabad. Tenancy bills, two family law bills will also be introduced.
Babar Awan said that in compliance with the decision of the International Court of Justice, Clubbhushan will also introduce a bill.
Apart from this, a bill for establishment of a new university in Bhara Kahu, a bill for reforms in SBP and a bill for Hyderabad Technology University as promised by the Prime Minister will also be introduced.
The agenda of the joint sitting of Parliament continues
On the other hand, the agenda of the joint sitting of the parliament to be held on Wednesday has been released.
According to the agenda, the Election Act Amendment Bills, EVMs and bills related to Internet voting of overseas Pakistanis are also on the agenda in the joint sitting of Parliament.
In addition, the Election Act Amendment Bill includes an amendment to give the power of voter lists to NADRA, while the International Court of Justice Review Bill on granting the right of appeal to Clubbhushan is also part of the agenda.
The Anti-Rape Investigation and Trial Bill is on the agenda. The bill deals with the formation of special investigation teams and courts in rape cases.
Besides, a bill for setting up of Hyderabad Institute for Technical and Management Sciences will be tabled in the joint sitting of Parliament on Wednesday.
According to the agenda, the Criminal Law Amendment Bill for Prevention of Sexual Abuse against Women and Children and the Bill for Correction of Corporal Punishment of Children will be introduced.
President Arif Ali has convened a joint sitting of Parliament today (Wednesday) at 12 noon while the opposition has decided on a strategy to block legislation.
2. With full force, we will block the path of black legislation of the government, the determination of the united opposition?
3. Smaller parties are being pressured to attend a joint sitting of Parliament, Fazlur Rehman said?
148
Share. Facebook Twitter Pinterest LinkedIn Tumblr Email