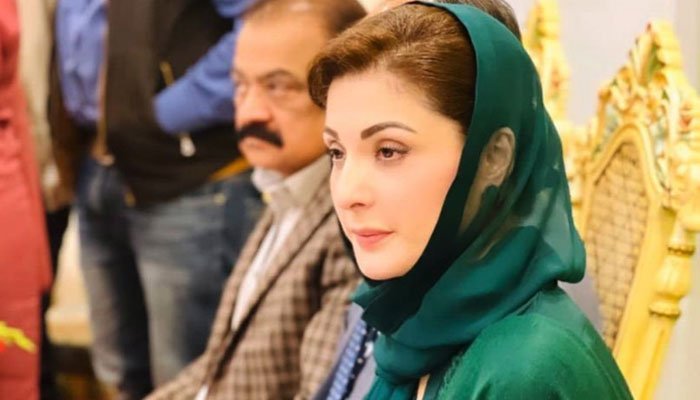 Share
Facebook Twitter LinkedIn Pinterest Email
Pakistan Muslim League-Nawaz (PML-N) Central Vice President Maryam Nawaz has admitted that her audio about blocking advertisements of 4 channels was correct.
Addressing a press conference in Islamabad, Maryam Nawaz said that Imran Khan came to power under the conspiracy of which Saqib Nisar was the mastermind.
He said that while the government ministers were defending themselves, they were becoming more loyal to the Shah than to the Shah.
Meanwhile, a journalist asked what would you say about an audio clip of you going viral on social media these days about stopping media advertisements? To which Maryam Nawaz said that the voice belongs to her and the audio is correct.
“I’m not saying that the audio is paired or not my voice, it’s my voice,” he said.
Maryam added: “This is a very old thing. I was running the party’s media cell at the time. It is very old. So it came to the fore, stay on today’s topic, I can talk at length on that issue.
Remember that in the audio that went viral on social media, Maryam Nawaz is telling someone that no advertisement will go to the four channels.
168
Ads Audio Clip Channel Blocking latest news Maryam Nawaz maryam nawaz speech today karachi Pakistan Safdar Hussain Son tlp agreement with government
Share. Facebook Twitter Pinterest LinkedIn Tumblr Email