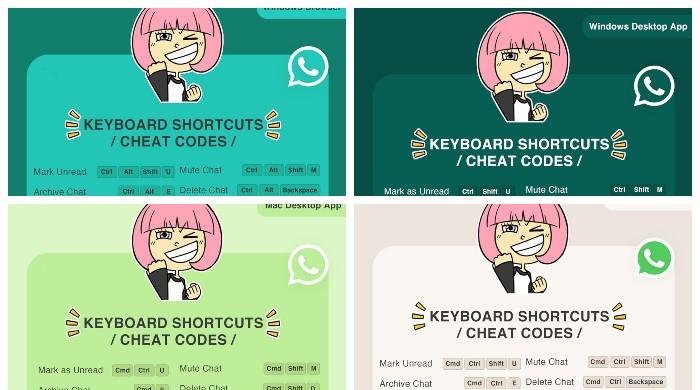 WhatsApp, WhatsApp on Thursday developed short keys for Android and iOS users to make the convenience and experience of its users as smooth as possible.
The messaging app has also introduced chat codes for Windows and Mac web versions.
Using the short keys, WhatsApp users can mark messages as unreadable, among other functions, search in chat lists.
WhatsApp shared this update on social media.

In addition, WhatsApp will introduce a feature that will allow the migration of chat history between iOS and Android.
“Eventually you’ll be able to move your chat locally between different platforms!” WABetaInfo, a website that independently tracks and announces instant messaging services for iOS, Android, and Windows, wrote on Twitter. The platform added that the feature is currently in development and will probably be released when the “multi-device” expires.