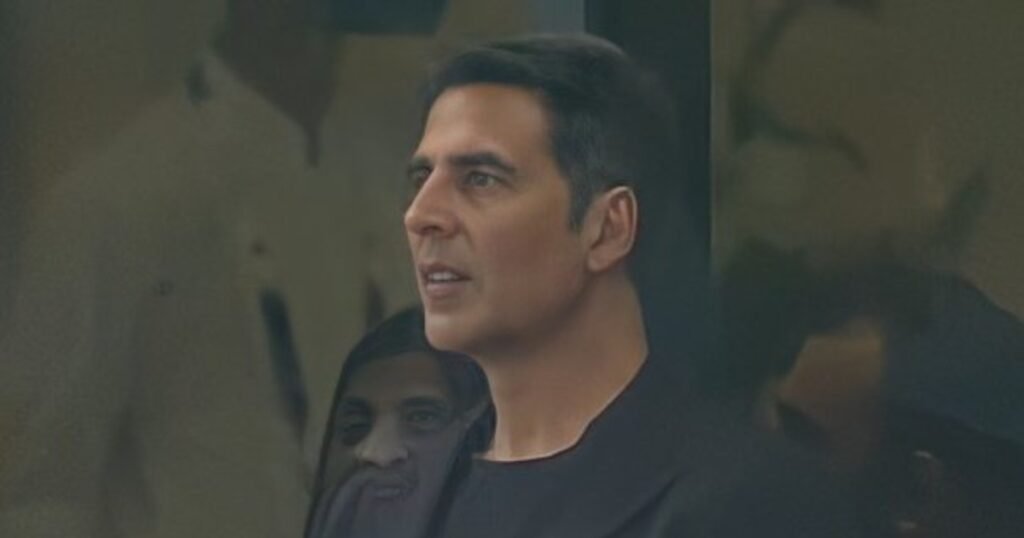 But the picture of actor Akshay Kumar watching the Pak-India match has gone viral in which he is watching the defeat of the Indian cricket team with his own eyes. Pakistani actors are making funny memes about Akshay Kumar’s picture and sharing it on social media.

A video of Akshay Kumar is also going viral on social media, which is why cricket fans are trolling Akshay Kumar not to leave because his heart is not full yet. Keep in mind that this video belongs to another match.

A social media user joked that Akshay Kumarab would make a film and beat Pakistan by 10 wickets
Dr Fatima said that Akshay Kumar was gnashing his teeth on the over through given by Pakistan earlier and was crying after the match.

A social media user named Junaid also made a video on Akshay Kumar’s reaction and shared it.
Other social media users also made interesting comments on Akshay Kumar’s reaction.
India had given Pakistan a target of 152 runs to win, which the national team completed in just 17 overs by batting aggressively and defeated India by a staggering 10 wickets.