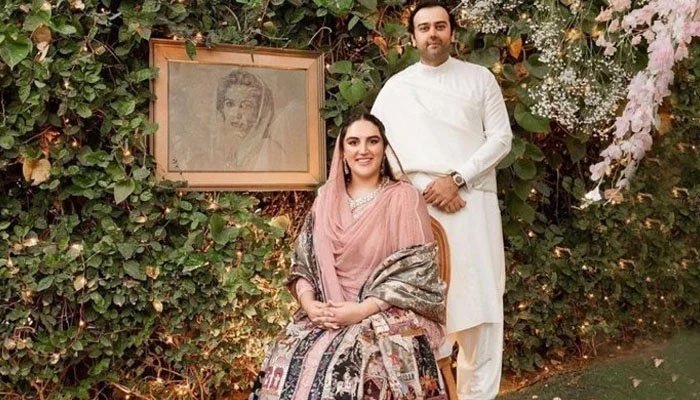 Bakhtawar Bhutto Zardari released the first picture of his first son Mir Hakim Mahmood Chaudhry on social media. In the photo shared by them, it can be seen that the child has slightly opened his eyes.
It can be seen in the picture that Bakhtawar’s son is beautiful and perfectly healthy. In the caption, he said that the photo was taken on October 17, when Mir Hakim Mahmood Chaudhry was just a week old.