Take a Look At Saba Qamar’s List Of Upcoming Projects 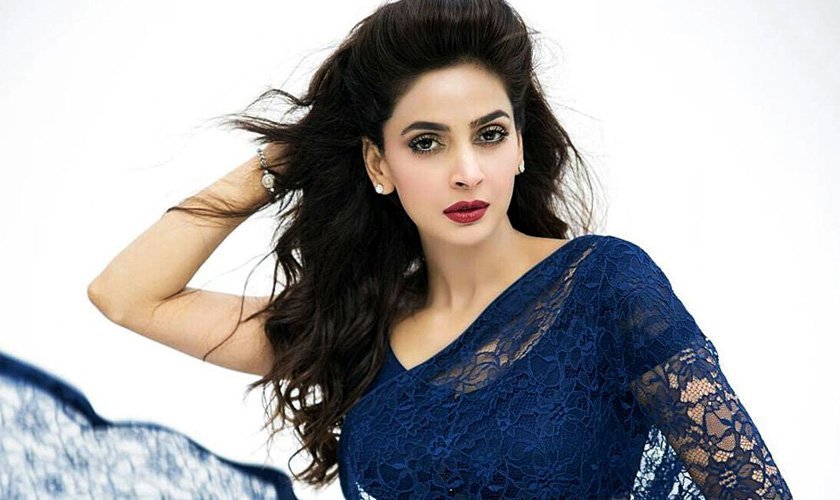 Share
Facebook Twitter LinkedIn Pinterest Email
Saba Qamar has acted in many dramas and these serials have the largest audience in Pakistan. In addition, he acted in a biopic drama based on the life story of Qandil Baloch and gave an exceptionally good performance.
Qamar emerged on the silver screen from the movie “Lahore Se Aaye” and will soon be seen in her new movie “Kamli”.
Fans are eagerly awaiting Saba Qamar’s reappearance on television and have been asked questions about her reappearance on screen. While replying to one she reveals her upcoming projects list on Instagram story.
The list goes on and on and on. A web series “Man Jogi” and other projects called “Serial Keller”, “In the Name of Your Beauty” and “Nina’s Mischief”.
Have a Look: 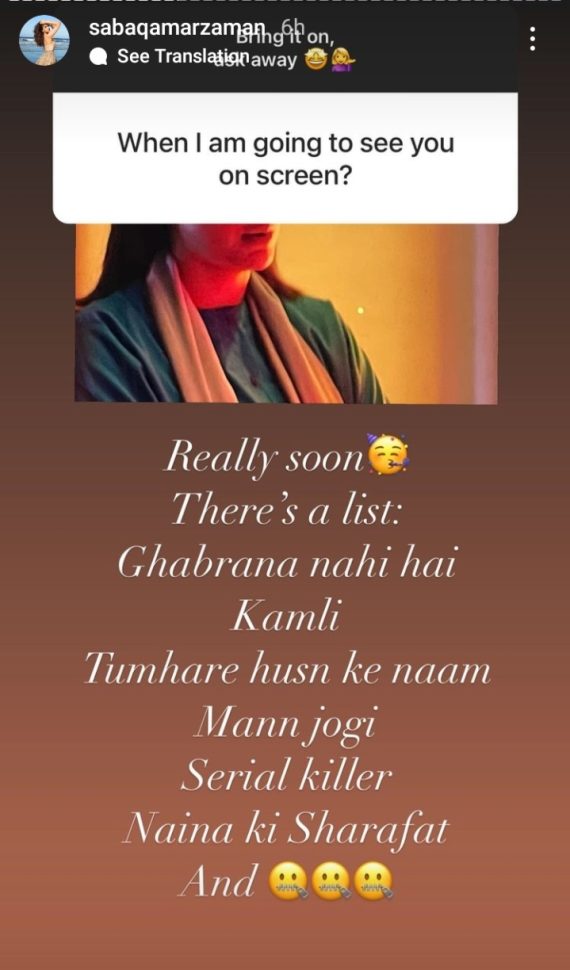