Video Of Malala’s Marriage Came Out 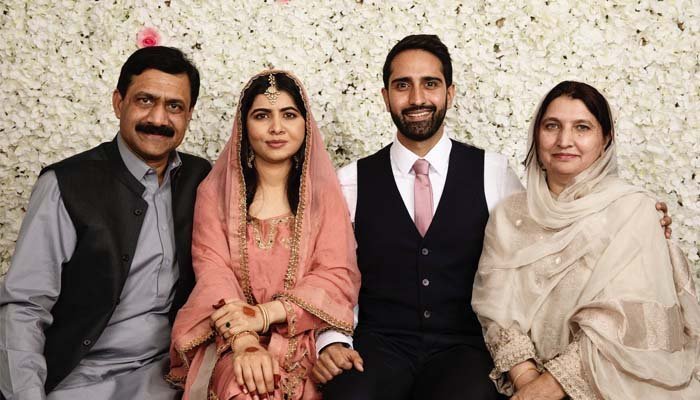 Share
Facebook Twitter LinkedIn Pinterest Email
Video of Nobel laureate Malala Yousafzai’s wedding has come to light.
Yesterday, Malala shared photos of her marriage on Twitter in which she called it a precious day in her life.
However, now a video of his and Asr Malik’s marriage is circulating on social media which is very short.
In the video, Qazi Malala Yousafzai and Asr Malik are reciting nikah and after reciting nikah, they also prayed.
It may be recalled that Malala Yousafzai is married to Asr Malik who is the General Manager Operations at the Pakistan Cricket Board’s (PCB) High Performance Center.
199
Share. Facebook Twitter Pinterest LinkedIn Tumblr Email