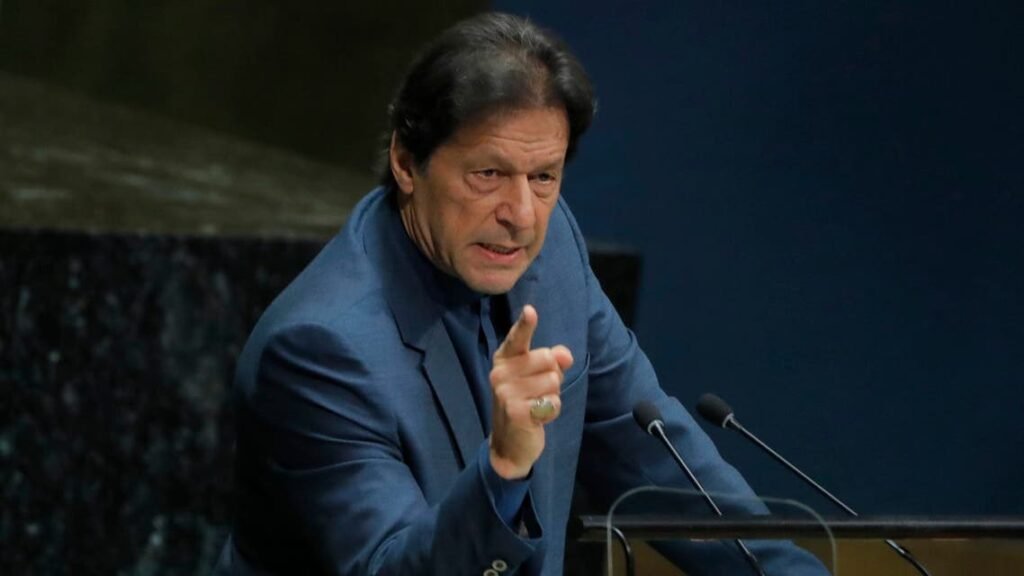 Lahore: Prime Minister Imran Khan has said that changing the system is a difficult task, and time is needed to maintain the status quo that resists all such efforts. However, he assured that the country was moving in the right direction.

Addressing the groundbreaking ceremony of LDA City New Pakistan Housing Project here, he said that the country has faced a set moment, though the ‘political mafias’ are trying to maintain the stalemate. He called on the country to “change itself” if it were to meet the challenges of the 21st century. He said that the party situation did not want Pakistan to change for the better.

Over the years, he said, the country has adopted a system where the satisfaction of getting a job illegally has become the norm.

Responding to critics who questioned his government’s intentions to establish a state in Pakistan, similar to that of Riyadh, he said the fight was on for the rich and the poor to enforce the same law.

He lamented that the political mafia was resisting the law and obstructing the transformation of the country into a state like Riyadh Medina. However, he warned that all mafias would be dealt with severely and action would be taken against them. He promised that with the help of the people all these mafias would be eradicated and the society would be free from their influence and negative effects.

Emphasizing the importance of the rule of law, he said: “You go to the developed world, like Germany and the United Kingdom, where there is no one above the law.

“There is no privileged class here,” he added. On other measures taken by the government for the poor, Prime Minister Imran said that even developed countries were not providing global health coverage to their citizens, but Pakistan was keen to do so. Is. He said that all the citizens of Khyber Pakhtunkhwa have health insurance, due to which they can get free treatment of one lakh rupees.

“Punjab, the country’s largest province, has taken up the challenge of providing health insurance cards to all its citizens by the end of this year,” he added.

The prime minister thanked the courts for allowing the government to implement the prediction law, saying that because of this, the government could allow people to rent houses.

He said that now low-income groups like mechanics, welders and others can become homeowners by paying installments to banks. “Because of this [predictive law], banks can finance [loans to the people],” he said. “If this law does not exist, banks will not finance loans,” he said, adding that Pakistan does not have a system of mortgage schemes as compared to developed countries.

“This means that those who do not have cash can never buy their own house,” he said. Explaining the benefits of a mortgage agreement, he said people have to pay installments instead of rent and eventually become homeowners.

He thanked the Lahore Development Authority and acknowledged to the Punjab government that the scheme has been launched for the low-income sector. “The LDA has improved a lot in itself,” he said.

The Prime Minister directed the concerned authorities to ensure the supply of sugar at the rates fixed by the government and to take stern action against those who are causing inflation due to hoarding and excessive prices. He also ordered non-discriminatory action against all elements involved in the sugar scandal.

Earlier, talking about LDA New Pakistan Apartments, Punjab Chief Minister Usman Bazdar said that the government was planning to build more than 35,000 apartments for the poor in Lahore. He lamented that in the past no one had paid proper attention to this issue.

Usman Bazdar said that the rulers of the past built their palaces instead of sheltering the poor and giving them their own houses. He said that the government was fulfilling its commitment to love its home and also fulfilled other promises.

The Chief Minister said that 35,000 apartments would be constructed under LDA City Housing Scheme at Mouza Haloki in Lahore through LDA and Pakistan Housing Development Authority. He added that the foundation stone was laid for the construction of 4,000 flats in the first phase, and in a short span of 1.5 years, the applicants would own their homes.

He said that 2,000 apartments would be provided to the citizens through New Pakistan Housing Authority and 2,000 federal and Punjab government and LDA employees would be provided with salaries of less than Rs 50,000. The scheme is a public initiative as applicants will have to pay 10% less and installments will be paid over a period of 5 to 20 years.