After the sit-in ended, Traffic in the Country Began to Return to Normal. 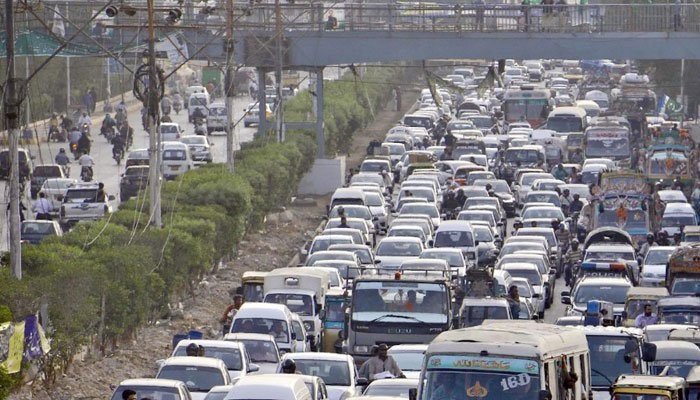 Several large sit-ins by a religious party that had disrupted daily life in several Pakistani cities the day before have now gradually opened the roads to traffic.

However, several roads will remain closed today as religious groups continue to protest, but in limited areas.

You can subscribe to this story to get the latest information about the traffic situation in major cities. Last updated Tuesday at 10:45 p.m.

Four areas in Karachi have been closed to traffic today.

According to the traffic police, roads in Orangi Town No. 5, Baldia No. 4, Star Gate, and Korangi No. 2 are closed, meanwhile protests near Tower Chowk, Jinnah Bridge, and Hassan Square have ended.

The last traffic alert was issued by the Karachi Traffic Police at 10 am on Tuesday.

According to the latest information released by the Islamabad Traffic Police, the condition of major roads is as of 11 a.m. on Tuesday.۔

Demonstrations are going on in different areas of Lahore. By 10 a.m., Lahore Traffic Police urged citizens to avoid unnecessary travel due to protests in the city, which provided an update on the traffic situation.

Troops were called in to control the situation in Punjab. Bhatta Chowk and Shanghai flyover in Lahore are closed to traffic. Murree Road in Rawalpindi has not been reopened since Monday’s protest.

In Lahore, there is a risk of a shortage of oxygen tanks for coronavirus patients due to traffic jams.
Hospitals in Lahore are close to delivering oxygen amid rising coronavirus cases

The Punjab Health Department said that one day’s supply of oxygen remained in Gujranwala, Gujarat, and Sialkot, adding that the situation could worsen if the supply was not received today (Tuesday).
Punjab Health Minister Dr. Yasmeen Rashid appealed to the protesters to save the lives of patients