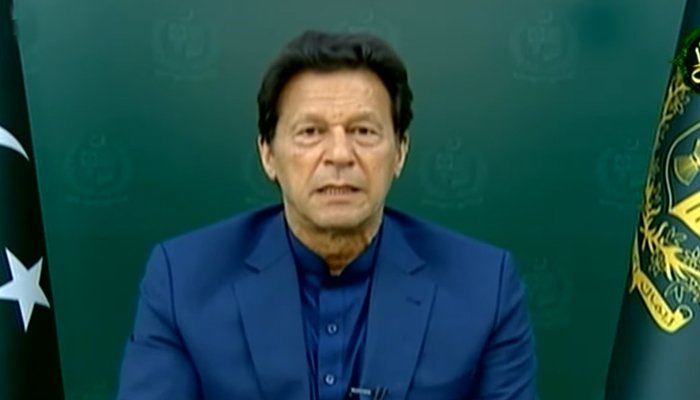 Prime Minister Imran Khan said on Monday that Muslim countries should work collectively to combat Islamophobia, saying it would be more effective than holding demonstrations in the country.

The prime minister’s address to the nation came a day after supporters of the banned outfit took a dozen police officers hostage in Lahore.

In his address, Prime Minister Imran Khan reminded the nation that Pakistan was built on the principles of Islam. He emphasized that the government was on the same page with the TLP in protecting the honor of the Holy Prophet (PBUH), however, deporting the French ambassador was not a solution to Islamophobia.

“The West has made it an issue of freedom of expression and if we send back the French ambassador, some other European countries will follow suit.”

He said that if Pakistan started sending back the ambassadors of different countries, it would be detrimental to the economy, but it would not make any difference to France or any other country.

The Prime Minister then spoke about the violent protests taking place across the country in the last few days and said that vandalism of property would not be of any use.

Elaborating on the loss of life, the number of injured and property damage during the protests, the Prime Minister said that the TLP believes that it is the only party in the country that loves the Holy Prophet (SAW).

“The government has been in talks with the TLP for the last two and a half months,” he said, adding that the party had protested before but that it had made no difference to France.

“I know the West better than anyone else, so I know how to deal with this problem,” he said, adding that France was responsible for destroying our own property, killing and injuring our own people. It won’t matter.

He then talked about the government’s strategy to deal with Islamophobia. The prime minister explained in detail how he was raising the issue in various international forums, including the United Nations, and wrote a letter to Facebook CEO Mark Zuckerberg about the issue.

The Prime Minister said that the government believes in reaching out to the leaders of all Muslim nations so that a collective strategy can be formulated to deal with Islamophobia.

Citing the example of how European nations came together to strengthen Holocaust laws and condemned its denial, he said that Muslim nations should also work collectively to eradicate Islamophobia. Freedom of expression is being practiced in Western countries.

The Prime Minister also appealed to the religious scholars of Pakistan and said that violent demonstrations and clashes with the police would only hurt the country and provide a platform for Indian websites and other enemies of the state to take advantage of this situation.

“We should all be united and thank God for His mercy.” “We fought the coronavirus situation in the country and improved our economy. Let’s not sabotage this process by holding the country hostage.”

In Lahore, 11 policemen held hostage by the banned TLP were released

Earlier on Monday, Interior Minister Sheikh Rashid announced that 11 policemen, held hostage by the banned Tehreek-e-Libek Pakistan (TLP) in Lahore, had been released after talks between the Punjab government.

In a video statement, the interior minister said the “first round of talks” had been a success, after which police officers were released and protesters marched inside the Rehmatullah Masjid.

Police have also been withdrawn, he added.

Rashid hoped that other issues would also be resolved in the next phase, which would be held after dawn.

The minister added that only one of the 192 blockades remained and the situation was improving there as well.

“Talks have started with the banned TLP and we hope that matters with them will be resolved,” Rashid said. 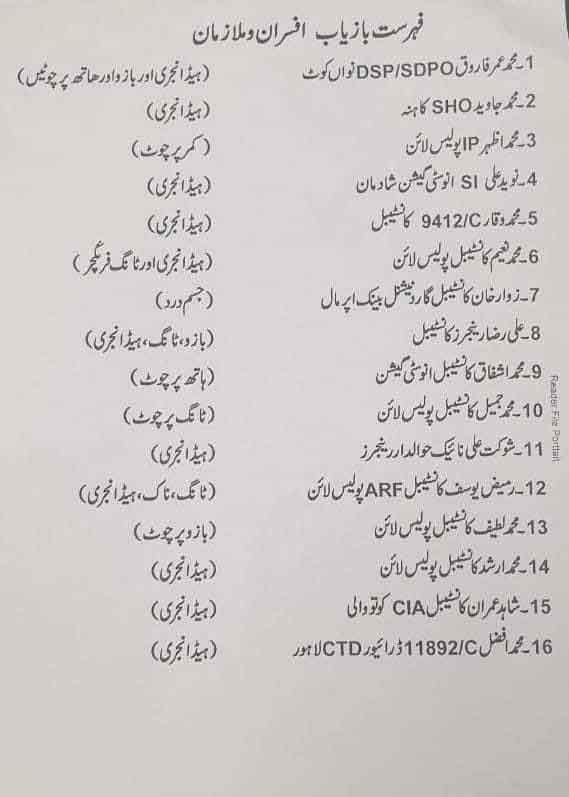 The official added that the TLP’s four demands included the release of its leader Saad Ravi, non-banning of the TLP, dismissal of all FIRs against its workers, and deportation of the French ambassador. This includes introducing a resolution in parliament.

Thirty-six policemen were injured in clashes with rioters yesterday. Arif said one of them is in critical condition.

The 16 abductees were kept in the basement of a mosque and tortured.