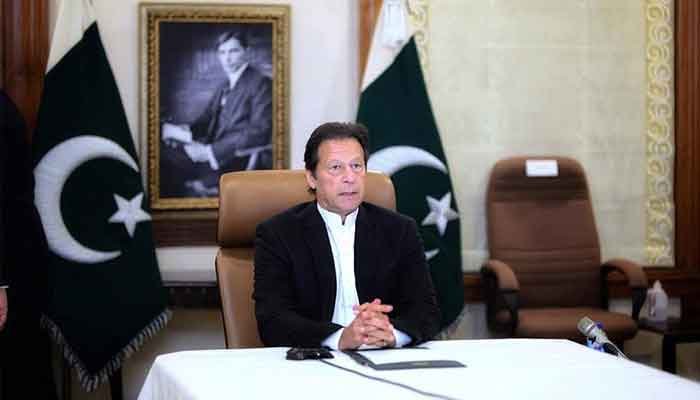 At a function here in the capital, the Prime Minister thanked SBP Governor Raza Baqir for his role in implementing the two schemes. Enlighten your car and enlighten social service.

Prime Minister Imran Khan directed the government to enlist the help of Finance Minister Shaukat Tareen and said that the minister was an expert in marketing aspects of products and assets.

The Prime Minister urged his economic team to keep thinking of “out of the box” solutions to support Pakistan’s economy until its exports equal its imports.

He appreciated the record increase in remittances from Pakistanis abroad over the years, adding that it was just “the tip of the iceberg”.

He praised Pakistani residents for their role in supporting Pakistan’s economy over the years.

In a message to Pakistani embassies around the world, Prime Minister Imran Khan said his “most important duty” was to look after the affairs of Pakistani workers in those countries.

He said the Pakistani embassy in Saudi Arabia had not taken care of the workers, adding that a “high-powered” investigation would be launched into the matter and exemplary punishments would be given to those found guilty.

‘Enlighten your car and enlightened service’

Earlier, PTI Senator Faisal Javed Khan went into detail about the success of the RDA and its implications.

“Today, more than 120,000 accounts have been opened in 170 countries around the world, with a risk of over 1 1 billion. Investment in New Pakistan Certificates has exceeded 64 646 million. Stocks through RDA Investment in the exchange has crossed PKR 1.6 billion, he wrote in a subsequent tweet.

“This milestone is a testament to the belief that there are NRPs in Pakistan and that Prime Minister Imran Khan led the PTI government.

With the “Roshan Apni Kar” scheme, Pakistanis abroad will be able to buy cars for their loved ones at very attractive rates.

This milestone is a testament to faith that NRPs have in Pakistan & PM Imran Khan led PTI Govt. To enrich #RoshanDigitalAccount scheme further, today 2 new initivates are being launched for RDA holders:

The Senator said that it has now become possible for Pakistanis abroad to easily make donations by visiting the portals of the banks and selecting the amount and amount of money they want to pay.

Now RDA holders can avail financing under #RoshanApniCar at very attractive terms to purchase a car for their loved ones in Pakistan. Banks are offering both conventional & Islamic modes of financing at attractive mark-up rates starting from 7% with priority delivery.

Prime Minister Imran Khan has on several occasions called Pakistanis abroad “the country’s biggest asset” and vowed to formulate policies that would benefit them.

In the last few months, the Prime Minister has entrusted his government with the task of bringing electoral reforms, which will allow Pakistanis abroad to vote in the next general elections as well.

Roshan Digital Account is an initiative of the State Bank of Pakistan to cater to the banking needs of Pakistanis abroad so it is easier for them to invest in their home country.

In September last year, Prime Minister Imran Khan launched the initiative. A press release issued by the Prime Minister’s Office last year said, “This is the first time in the history of the country that a Non-Returning Pakistani (DRP) account has been created through a fully digital and online process without any need.” Visit a bank branch, embassy, ​​or consulate. ”

It is written in the statement

“The user can choose an account under any foreign currency or rupee. Or funds in both accounts will be repatriated in full without the need for any formal approval.”

The SBP boss added that at least eight Pakistani banks would facilitate Roshan digital accounts and allow Pakistanis abroad to deposit funds in US dollars or Pakistani rupees.