Farrukh Said That Bilawal Should Explain The Expenditure Of Rs. 1,900 Billion 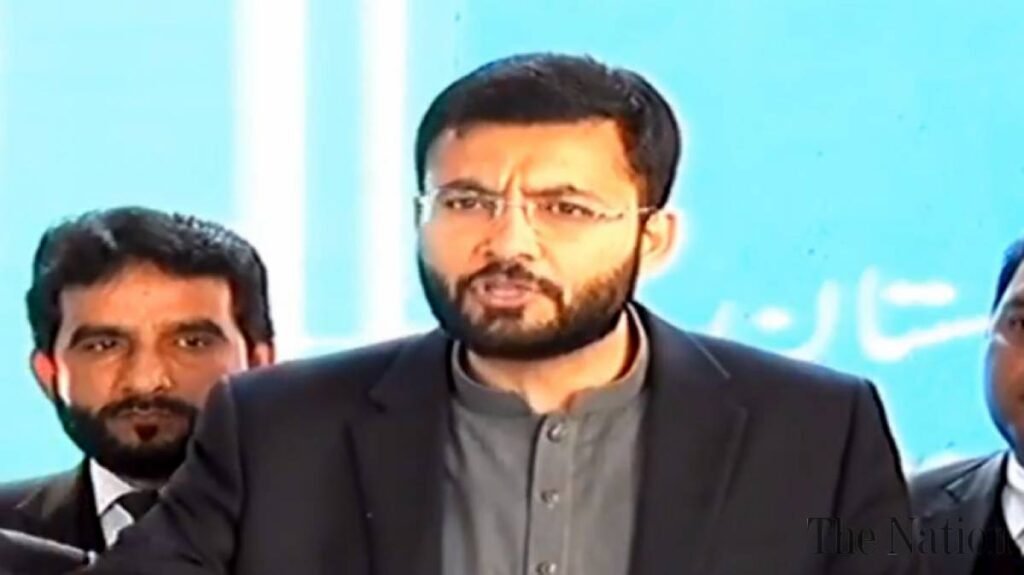 Minister of State for Information and Broadcasting Farrukh Habib on massive corruption in Sindh, where he said people were deprived of basic amenities including health, education and clean drinking water, the Pakistan People’s Party (PPP) on Monday. P) was severely criticized.

The statement said that the PPP had completely failed to fulfill the mandate given to it by the people of Sindh in the last general elections, which had proposed ‘corruption’ as the party’s election symbol which was only public. He was an expert in the misappropriation of funds. The minister said that PPP chairman Bilawal Bhutto Zardari should be told where he had spent the Rs 1,900 billion given to the province by the federation under the National Finance Commission (NFC) award.

He said that Sindh was not only in the grip of corruption but also incompetent as the PPP-led government had failed to utilize 59% of the development budget during the current financial year. He added that it also lost its current year’s revenue target by collecting less than 53% tax.

Farrukh said that the education sector in Sindh has also been completely neglected as 50 percent of the total 12.5 million children are out of school. The social and economic condition of the people of Thar was even worse than other areas as they were deprived of basic amenities including health and clean drinking water.

He said that Sindh province would suffer from deadly diseases like stunt growth and HIV / AIDS in the future due to incompetence and poor governance of the government. The Minister asked Bilawal when he would apologize to the people of Sindh for the negligence and carelessness of the Sindh government. “How far has the investigation into wheat theft reached? Has any rat confessed to the crime or the matter has been settled?”

He said that all the mega projects in Sindh like Nai Gaj Dam, Raini Canal, Sindh Barrage, Multan-Sukkur Motorway, Green Line, K4 are running under the center. Despite this, there was a PPP government in the province.

The Minister said that the country was on the path of progress and development due to the prudent policies and decisions of Prime Minister Imran Khan. He termed Bilawal as the so-called champion of democracy and said that the PPP chairman should state how much representation was given to the standing committees including the Public Accounts Committee (PAC) in Sindh.

He said that in the Charter of Democracy signed by the late Benazir Bhutto and fugitive Nawaz Sharif, it was agreed that the leadership of PAC would be given to the opposition, adding that the reason for not representing the Sindh government No checks from Opposition in PAC.