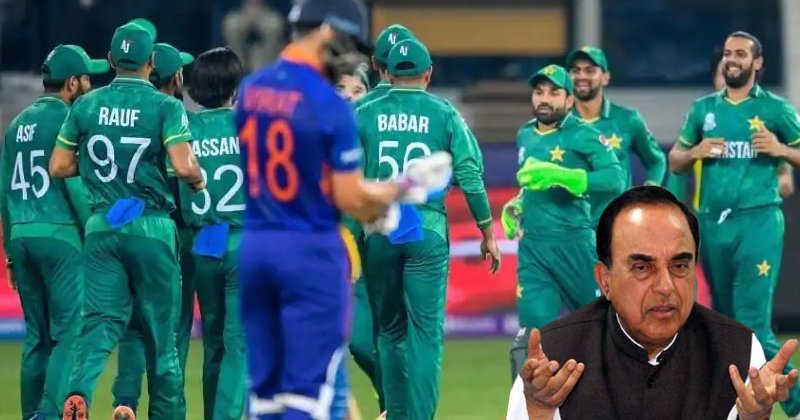 In his statement, Subramanian Swamy said, “Playing cricket with terrorist Pakistan is not allowed. The Mughal rulers were like Pakistan but we erased their names and symbols.” “Even today, with the help of a microscope and a telescope, we can’t find the names of the Mughals,” he said.
Expressing his nefarious intentions to divide Pakistan, Subramanian Swamy said that we can play cricket with all four after Pakistan is divided.

It should be noted that Subramanian Swamy is a key leader of Narendra Modi’s extremist Bharatiya Janata Party, which often appears to be spewing venom against Pakistan and Muslims. In the past, he advised his own government to fight a simultaneous war with Pakistan and China. Was also given.