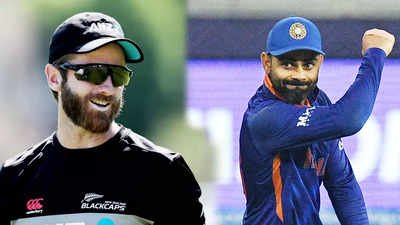 Indian cricket fans were outraged by the successive defeats of the Indian cricket team and demanded a ban on the most popular Indian cricket league “IPL“.
It should be noted that India has played 2 matches so far. In the first match, Pakistan defeated India by 10 wickets, while in the second match, New Zealand defeated the Indian team by a humiliating defeat.
Cricket fans have been blown away by the dust-licking performances of Indian heroes in the World Cup and the BCCI has come under heavy criticism.

He said that BCCI should change its attitude and not drown the team.

Some people think that since India’s victory erupts with firecrackers, it increases pollution, so India intends not to win.
Guru Goel said that these players play for money and now they do not know how to play for the country.
This user also said that making money is work, the country has gone to hell.
A user named Dev Solanki said that the eyes of these Indian players are on money, they cannot see the country.

A social media user named Kapil Mishra has also made the same demand.
Another user said that you are playing for your country and not for IPL.
Meanwhile, Indian captain Virat Kohli explained the reason for the defeats against Pakistan and New Zealand. After the worst loss to New Zealand after Pakistan, Virat Kohli said that we could not handle the pressure in both the matches.

Praising the Kiwi team, the Indian captain said that New Zealand played better than us and we could not play openly against New Zealand.