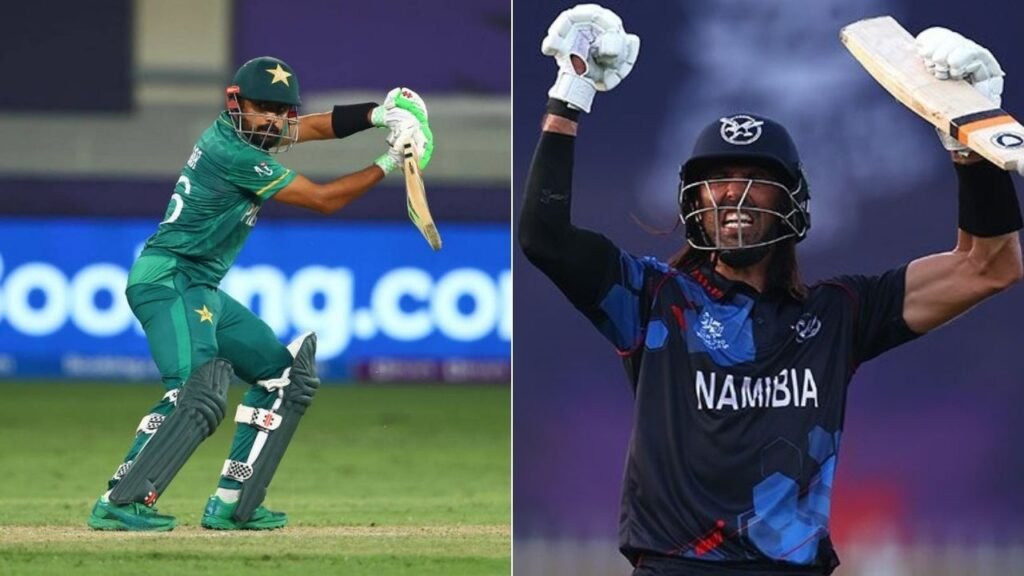 Share
Facebook Twitter LinkedIn Pinterest Email
Pakistan’s opening batsmen Mohammad Rizwan and Babar Azam put on a 100-run partnership on a pitch that was difficult enough to upset both batsmen, and offered absolutely everything for fast bowlers.
Twitter praised both batsmen for holding on to the fort despite difficult conditions and scoring runs. Hamna was a little worried about the team’s total score.
Talha rightly said that the pitch is “slow and green”, hopefully the men will see all out towards the green final overs.
Another user explained how this is not a 170-run pitch.
Twitter account Brownie thought Namibia had done well with the ball.
As the game progressed and Pakistan failed to make big shots, Hira was a little worried about captain Babar Azam’s decision to bat first on the green pitch.
The award for the most interesting commentary of the evening is given to Sana.
Babar Azam left the pavilion after scoring another half-century, breaking the world record for most half-centuries as a T20 captain.
Azam once again broke the previous record of Indian captain Virat Kohli.
180
Share. Facebook Twitter Pinterest LinkedIn Tumblr Email