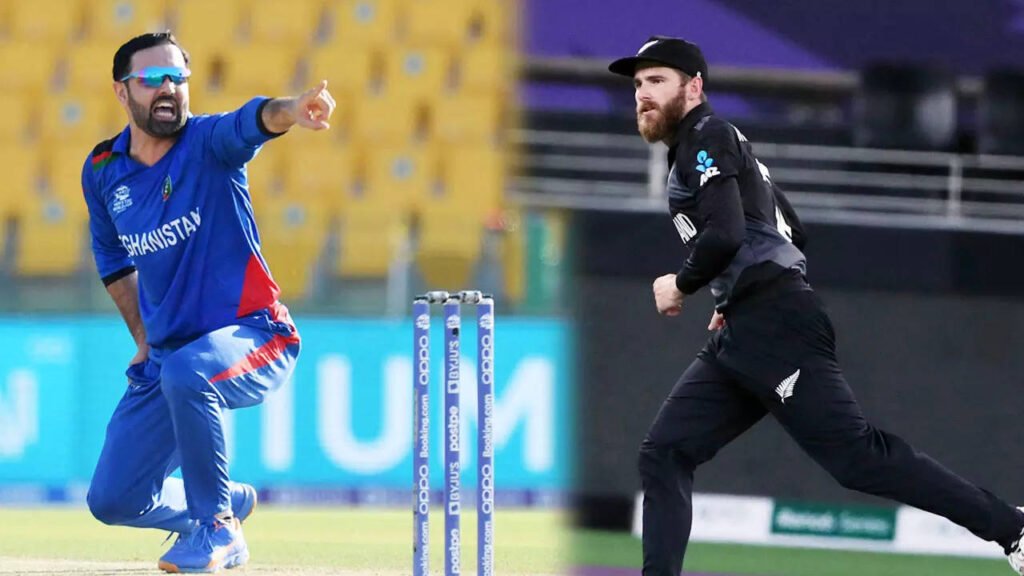 Share
Facebook Twitter LinkedIn Pinterest Email
In the most important match of Group 2 in the ICC Men’s T20 World Cup, New Zealand defeated Afghanistan and qualified for the semi-finals.
New Zealand easily completed the 125-run target in the 19th over and became the second team to reach the semi-finals from Group 2.
Earlier, Pakistan has already qualified for the semi-finals from Group 2.
In the match played in Abu Dhabi, Afghanistan captain Muhammad Nabi won the toss and elected to bat first.
Afghanistan struggled during the batting and scored 124 runs for the loss of 8 wickets in the stipulated 20 overs.
Najibullah stood out for Afghanistan with 73 runs, followed by Gulbuddin Naib with 15 and Mohammad Nabi with 14.
For New Zealand, Trent Bolt took three wickets for 17 runs, Tim Southee took two wickets, Ash Soodie, Adam Milne and James Nesham took one wicket each.
New Zealand innings:
New Zealand completed the target of 125 runs for the loss of 2 wickets and qualified for the semi-finals.
For the Kiwis, captain William Sun was unbeaten on 40 and Devon Conway on 38.