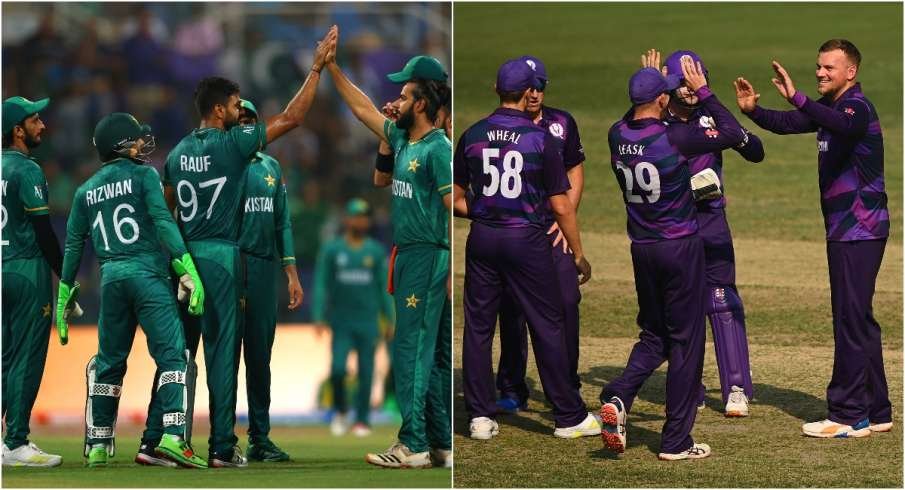 Share
Facebook Twitter LinkedIn Pinterest Email
Pakistan beat Scotland by 72 runs in their last group match in the Super 12 stage of the ICC Men’s T20 World Cup.
Pakistan captain Babar Azam won the toss and elected to bat against Scotland T20 World Cup.
Pakistan scored 189 runs for the loss of 4 wickets in the stipulated 20 overs thanks to the brilliant batting of captain Babar Azam and Shoaib Malik. 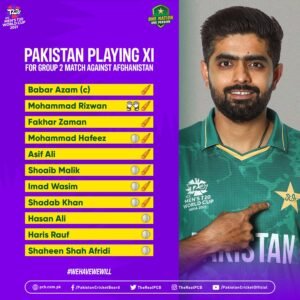 In pursuit of the 190-run target, the Scottish team scored 117 runs for the loss of 6 wickets in the stipulated 20 overs.
Pakistan scored 189 runs for the loss of 4 wicrecordkets in the stipulated 20 overs thanks to the brilliant batting of captain Babar Azam and Shoaib Malik.
Pakistan’s first wicket fell at 35 when Mohammad Rizwan was dismissed for 15 runs.
Muhammad Rizwan broke Chris Gayle’s
Pakistan’s right-handed batsman Mohammad Rizwan became the highest-scoring T20I player in a calendar year, ahead of Chris Gayle, who scored a total of 1,665 T20I runs in 2015.
Gail broke the record by scoring the fifth run in the innings against Scotland.
When the total score of Pakistan team reached 59 runs, Fakhr Zaman was caught for 8 runs off 13 balls.
After losing 2 wickets, Mohammad Hafeez and captain Babar Azam formed a partnership of 53 runs but on a total score of 112, Mohammad Hafeez was dismissed for 31 runs.
Shoaib Malik became the fastest Pakistani to score a half-century in T20 Internationals
Shoaib Malik outscored the Scottish bowlers to make the fastest fifty for Pakistan in the T20 Internationals match.
Batting brilliantly against Scotland, he made fifty off 18 balls and remained unbeaten on 54 runs.
His innings included six sixes and a four, besides Asif Ali remained unbeaten on 5 runs. 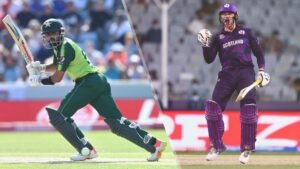