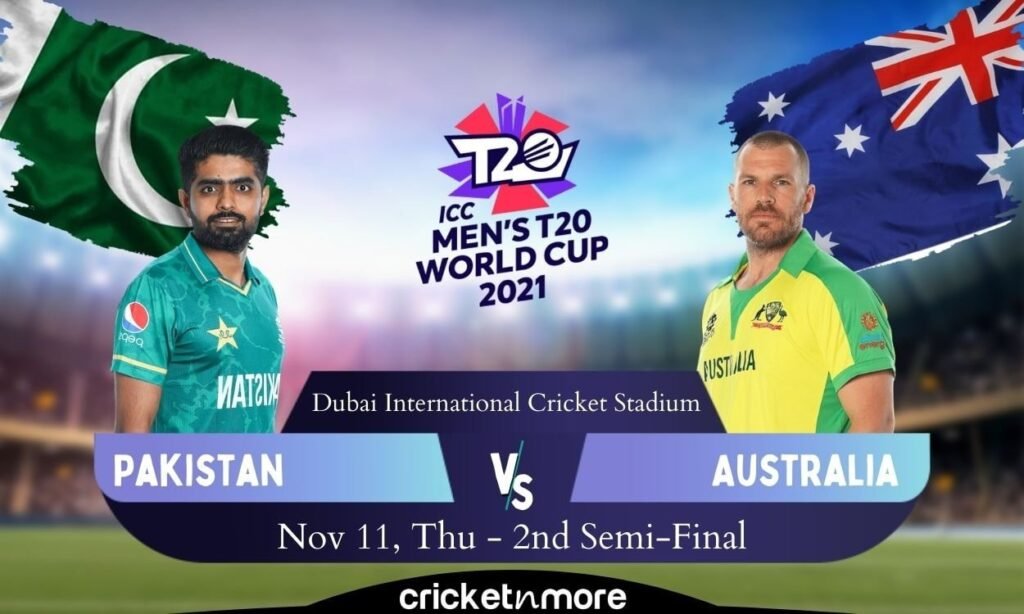 Australia are batting in pursuit of Pakistan’s 177-run target in the second semi-final of the ICC Men’s T20 World Cup.

Muhammad Rizwan completed a thousand T20 International runs in the year 2021 by playing an innings of 67 runs against Australia. Rizwan is the first batsman in the world to score 1000 T20 International runs in a calendar year.
Besides, Mohammad Asif was dismissed without scoring a run on the first ball while Shoaib Malik returned to the pavilion with just one run while Fakhr Zaman batted aggressively in the last overs and remained unbeaten on 55 off 32 balls.
For Australia, Mitchell Starc took two wickets and Pat Cummins and Zampa took one wicket each.
Australia’s innings

Australia did not have a good start in pursuit of Pakistan’s target of 177 runs and already in the over captain Aaron Finch returned to the pavilion after becoming LBW on Shaheen Shah’s ball at zero.
It should be noted that in the first semi-final of the ICC Men’s T20 World Cup, New Zealand defeated England yesterday and qualified for the final for the first time.
172
Share. Facebook Twitter Pinterest LinkedIn Tumblr Email