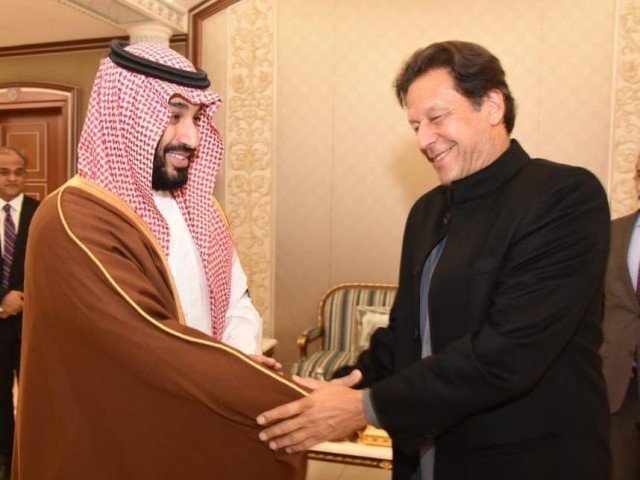 Hamad Azhar, Pakistan’s energy minister, has said that Saudi Arabia has promised to pay 1.2 billion annually to Pakistan and deposit 3 billion in the State Bank of Pakistan.

In his message on Twitter, he said that Pakistan would not have to pay immediately for this oil but it would be available under the facility of late payment.

According to Hamad Azhar, these measures by the Saudi Development Fund will help ease the pressure on Pakistan’s trade and foreign exchange accounts due to the rise in prices globally. The dollar is depreciating sharply and in just four months the dollar has appreciated by more than Rs 20.

According to Saudi Arabia’s state-run news agency SPA, the Saudi Development Fund said in a statement on Tuesday that 3 billion would be deposited in Pakistan’s central bank on royal directives to support Pakistan’s foreign exchange reserves and the government. To help deal with the problems caused by the Corona epidemic.
According to the Saudi Development Fund, on the royal directive, a fund worth 1.2 billion in oil will also be provided to Pakistan within a year.

Earlier, in 1998, when the United States imposed economic sanctions on Pakistan over its nuclear program, Pakistan was in a severe financial crisis. In this situation, Saudi Arabia had started lending 3 billion worth of oil to Pakistan even then.
Similarly, in 2014, when Pakistan needed foreign exchange to maintain its balance of payments, Saudi Arabia provided 1.5 billion in cash to Pakistan, which was used to improve its foreign exchange reserves.

This is not the first time that Saudi Arabia has not provided oil to Pakistan on late payment.
This is the third time during the PTI rule that this facility is being provided to Pakistan by Saudi Arabia.
After the PTI government came to power, Saudi Arabia provided 3 billion to Pakistan in late 2018 to stabilize its foreign exchange reserves, along with about ً9 billion in deferred payments over three years. An oil supply agreement was also reached.

Saudi Arabia also supplied Pakistan with oil worth 275 million a month for nine months, but Saudi Arabia abruptly suspended the facility.
Then in June this year, Energy Minister Hammad Azhar and Prime Minister Imran Khan’s Special Assistant to the Revenue Waqar Masood announced that Pakistan would receive 1.5 billion in oil from Saudi Arabia on a one-year deferred payment.

It should be noted that Pakistan imports up to 10 billion worth of products for its energy needs and the import of the energy sector from RLN JK reaches 14-15 billion.