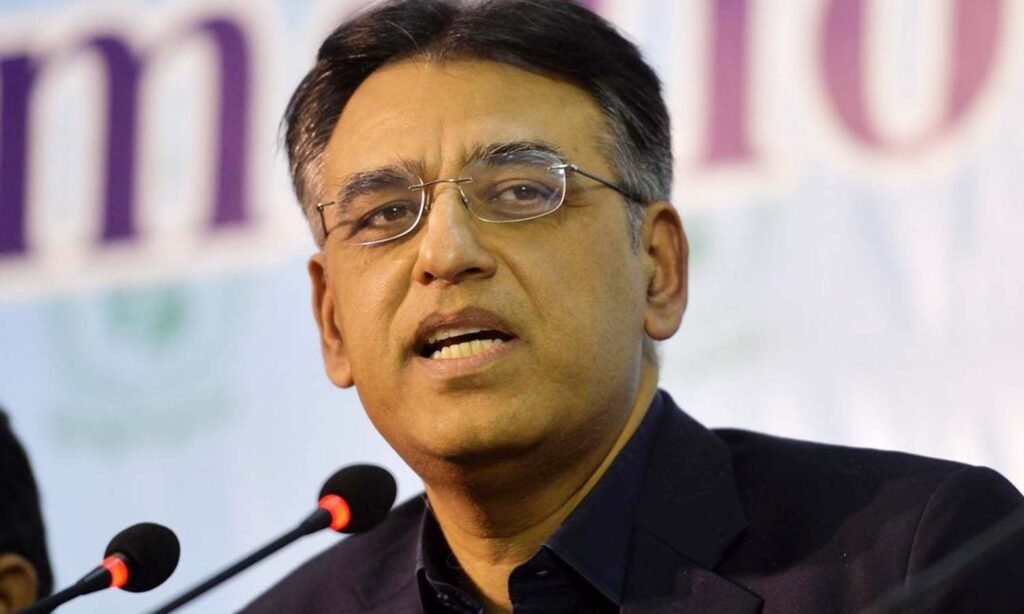 Asad Omar, the federal minister for planning and development and chief of the National Command and Operations Center (NCOC), warned on Wednesday that the government would impose more sanctions if the coronavirus situation in the country continued unabated. Will be forced to impose.

Omar’s statement said he would discuss the deteriorating coronavirus situation in the country after chairing an important meeting at the National Command and Operations Center (NCOC).

Addressing a media briefing after the meeting, the minister said that the government’s mandatory standard operating procedure for corona virus was not being properly implemented during the third corona virus wave, which now led to 4,500 serious cases. Have exceeded

The minister said that if the situation persisted, the government would have no choice but to close major cities to curb the spread of the virus.

“At the NCO, we have reviewed the epidemic situation, which is bad. We have made a number of decisions to impose further sanctions, which will be announced on Friday,” Omar said. There are a few days left

He added: “The ratio is 13 and 14 in Karachi and Hyderabad respectively, while it is 33 in Mardan and 38 in Bahawalpur. In several cities, more than 80 ventilators are in use.”

The Minister also said that due to increasing positive developments, health facilities are under pressure which has now crossed 83000.

He also demanded the Chief Ministers to take action against the SOP violations and urged them to help the NCOC in controlling the epidemic.

“You are the elected leader, the people have voted for you. They will obey you.”