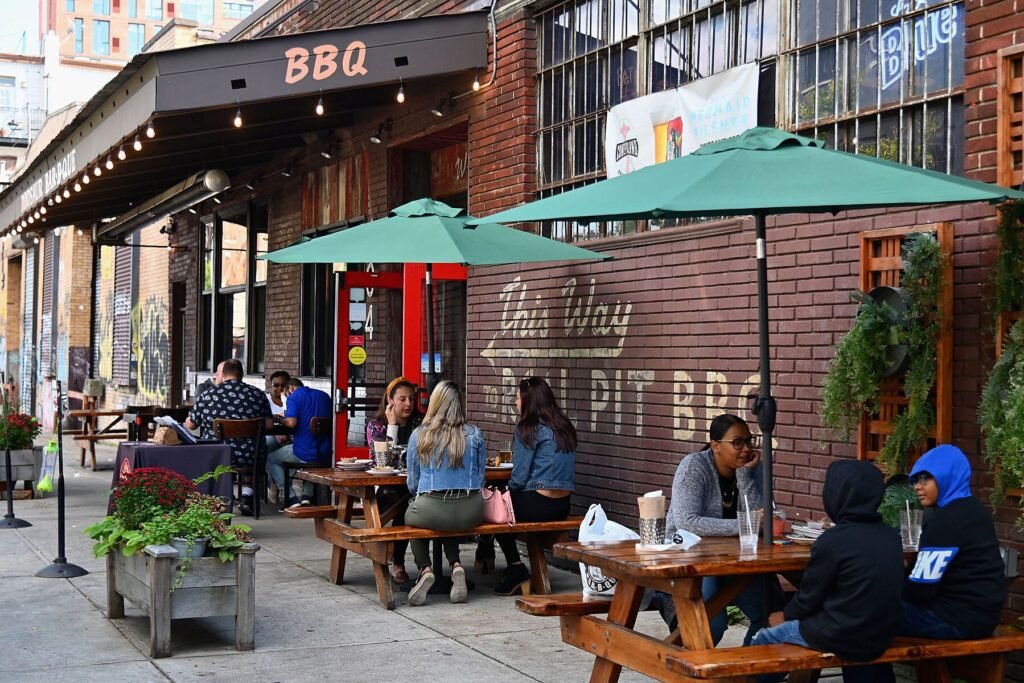 Although the National Command and Operations Center (NCOC) on Friday announced a ban on outdoor eating in restaurants amid a dangerous increase in Corona cases, food shops after Iftar and before Sahar Was seen serving food to consumers in major cities.

A brief observation in the big cities shows that hotels still serve customers who eat and drink, even though arrivals appear to be lower than usual. People were seen eating and drinking at famous food and drink places in Rawalpindi such as Bani Chowk, Saddar and other small places like Sir Syed Chowk and Murree Road.

In Peshawar, food items were being provided at Namak Mandi, Qissa Khawani Saddar, Charsadda Road, Ring Road, etc. in the hotel. In Lahore, people were seen enjoying food at Gawalmandi, Lakshmi Chowk, Garhi Shahu and small markets. ۔ The situation was similar at Burns Road, Saddar, Bahadurabad and other places. Consumer arrivals were low and SOPs were seen, but indoor dining was banned.