PML-N Brought Down PTI in Daska 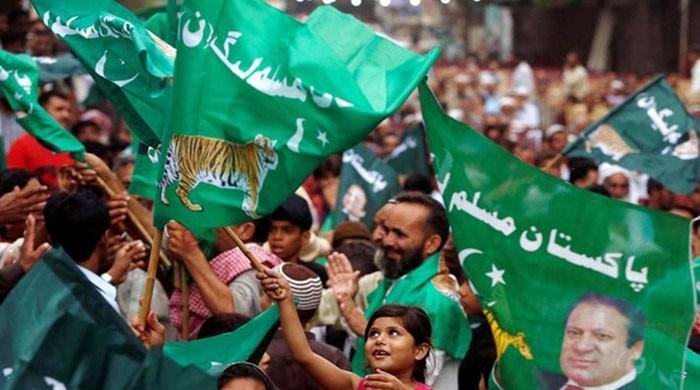 According to unofficial results received from 360 polling stations, Noshin Iftikhar got 111,220 votes while Ali Asjad Malhi trailed with 92,019 votes.

In celebration of the victory, PML-N workers and activists rallied and distributed sweets, sparking a wave of joy in the constituency.

Polling began at 8 a.m. and continued uninterrupted until 5 p.m.
A total of 360 polling stations were set up for 4,94,000 registered voters. The Election Commission declared 47 polling stations sensitive.

The ECP had directed the authorities to install more than 100 CCTV cameras at sensitive polling stations to monitor the situation on polling day.

According to media reports, the day was largely unsustainable, with the exception of a few high-profile parties’ claims and counter-claims, which were largely neutral.

Noshin Iftikhar claimed that the presiding officer himself had caught a person casting a fake vote.

Asjad Milli expressed confidence that he had tried to influence the results by shifting the PML-N from the constituency to NA-75.
However, both the candidates were generally satisfied with the polling arrangements this time.

At 11 a.m., nine people were arrested outside polling station 17 for carrying weapons, according to the Election Commission.

An FIR has been registered against him. The accused were supporters of PTI and PML-N. They were chanting slogans against each other.

Meanwhile, Chief Election Commissioner (CEC) Sikandar Sultan Raja on Saturday said that a free and fair environment has been ensured for transparent elections.

He said that the monitoring cell set up by the Election Commission worked round the clock.
Raja said that he has directed the presiding officers to provide copies of Form 45 after signatures, while copies of POs forms should be sent to the Returning Officer through WhatsApp.

The ECP had tightened security to maintain law and order in the area.

More than 4,000 police officers and 1,484 Rangers were deployed in the area, while 10 teams of the Pakistan Army’s Quick Response Force were present to assist the local administration in maintaining law and order.
The seat fell vacant after the death of PML-N MP Syed Iftikharul Hassan Shah on August 2 last year.

The February 19 by-election results were marred by violence, rigging, and the disappearance of more than 20 presiding officers.

On February 25, the Election Commission decided that re-polling in NA-75 would be held on March 18, 2021, but on March 16, the ECP decided to extend the polling date.

On April 2, the Supreme Court rejected the PTI’s appeal against the ECP’s order to conduct re-polling in the entire NA-75 Daska constituency.

A three-judge bench of the Supreme Court headed by Justice Umar Ata Bandial challenged the decision of the Election Commission to order re-election in the entire constituency on February 25 on an appeal filed by PTI candidate Ali Asjad Malhi. Was
In a brief order, Justice Bandial said that the court had taken the decision in the light of the law, constitution and jurisdiction.

Earlier, the Election Commission had issued show-cause notices to PML-N MPA Zeeshan Rafique and Special Assistant to Punjab Chief Minister Firdous Ashiq Awan for violating the Electoral Code of Conduct.
PTI activists stopped Zeeshan Rafique from reaching the constituency and said he could not visit because he was a legislator. Police officers asked Zeeshan Rafique to leave the compound.

At 4:43 p.m., Ali Asjad Milli wrote a letter to the ECP complaining against PML-N lawmakers.
He said that PML-N MPAs and MNAs like Ali Zahid, Mian Zeeshan Rafique, Naveed Ashraf, and Rana Sattar had visited the polling stations with their armed bodyguards and tried to spread fear among the voters. Which was a clear violation of the Electoral Code.
Milli said that if any incident of violence took place at any polling station, the PML-N would be held responsible and the ECP would be held responsible.

When Punjab Chief Minister Usman Bazdar reached Government College for Women, Daska at 1.15 pm, a sloganeering contest broke out between PTI and PML-N supporters accusing each other of corruption and rigging.
Talking to the media, Bazdar critically said that this time, there would be no violence at the polling stations in the city as PML-N’s Rana Sanaullah was not there.

“Our captains [Prime Minister Imran Khan] are not the ones who are easily intimidated or accept defeat,” the leader said.
At 1 pm, PML-N’s Tarar visited the Bakhrwali polling station. He claimed that men were on duty in the women’s area.

“We have also received reports of fraudulent ballots,” he added.
Daska is known as an industrial area, but it recently caught the attention of the nation after the PML-N and PTI became embroiled in a fierce battle during the February by-elections in NA-75 Sialkot IV.

Apart from this Diwan, the constituency became the center of national politics after the presiding officers of the February by-elections went missing due to fog.
Following the disputed by-election, the Election Commission ordered re-election in the constituency.
The PTI had challenged the ECP’s order in the Supreme Court, but the petition was rejected and the election was scheduled for April 10.