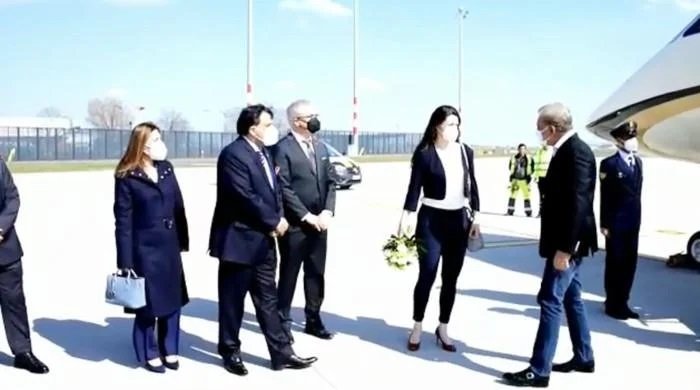 To celebrate 70 years of diplomatic relations with Germany, Foreign Minister Shah Mehmood Qureshi is in Berlin with a delegation for two days.

The Foreign Minister said that he was happy to receive an invitation from his German counterpart in Germany.

The Foreign Minister said in a tweet, “It is a pleasure to be in Germany at the invitation of FM Haiko Moss, as Pakistan and Germany celebrate 70 years of diplomatic relations.

The Minister will hold meetings with businessmen and community leaders.

He said that more than one lakh Pakistanis are residing in Germany and they are playing a very positive role.

Aiming to boost co-operation in the areas of economic diplomacy and technology exchange, FM said it would hold talks with the German leadership to that end.

He said he would discuss important issues in regional and international affairs with his German counterpart Heiko Moss.

Qureshi said that Pakistan wanted to enhance parliamentary relations with Germany and further activate the existing friendship between the two countries.