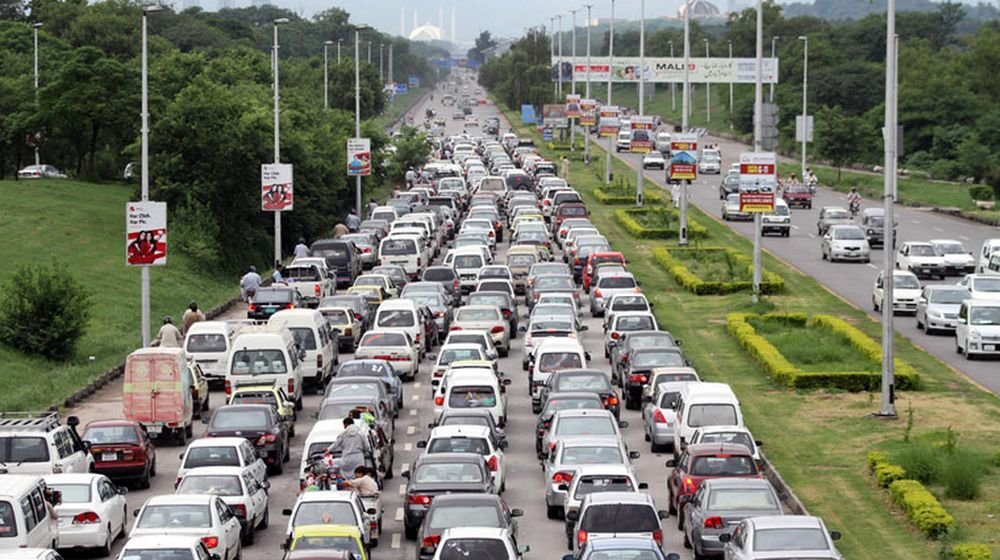 Karachi / Lahore / Islamabad: Traffic jams have been reported in different cities of the country when a religious party staged protests on Monday.

Due to the protest, the road leading to II Chandragar Road, MA Jinnah Road and surrounding areas of Karachi, including the tower connecting the Governor’s House, was jammed with vehicles.

Orangi Town No. 4, Baldia No. 4, Hub River Road, Liaquatabad and Korangi were some of the other areas where long queues of vehicles could be seen on the roads.

The police disperse protesters from stargate so that traffic flow can be routine.

Meanwhile, traffic jams were also reported near Shanghai Bridge on Shahdara Road and Ferozepur Road in the city.

In Islamabad, Atal Chowk was closed to traffic, causing inconvenience to citizens. Demonstrations also took place in Bhara Kahu and roads leading to Murree and Azad Kashmir from the federal capital were also closed to traffic.

Entrances to the twin cities of Islamabad and Rawalpindi were also closed to traffic, causing further inconvenience to citizens of both countries.

At Liaquat Bagh Chowk in Rawalpindi, protesters pelted stones at buildings, causing panic in the area.

Reports of protests were also received from Jhelum, Nowshero Feroze and Multan.