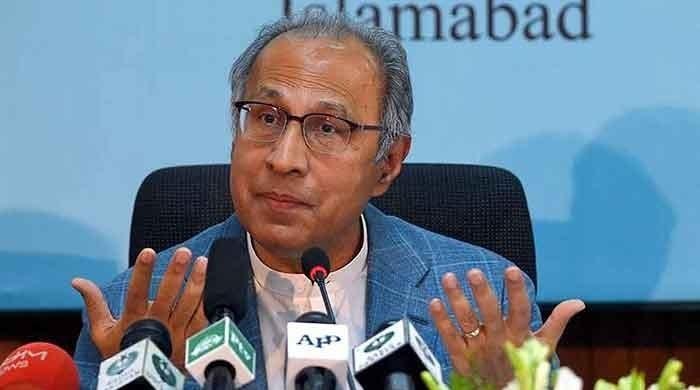 ISLAMABAD: Failing to come to grips with the burgeoning inflation, an unhappy prime minister removed Dr Abdul Hafeez Shaikh as Finance Minister, replacing him with Minister for Industries and Production, Muhammad Hammad Azhar, on Monday.

According to Federal Minister for Information and Broadcasting Senator Shibli Faraz, who confirmed this development to a local television channel, Prime Minister Imran Khan had decided to bring in a new finance team in view of the rising inflation. Shibli said the prime minister had informed him about the decision in a phone call.

Dr. Sheikh had replaced Asad Umar as finance minister. Muhammad Hammad Azhar will become the third finance minister since the PTI came to power in 2018. Asad now heads the Ministry of Planning and Development. “Prime Minister Imran gave the portfolio of finance to Hammad Azhar, who is a young and able minister to devise policies according to the ground realities of Pakistan and the poor can get relief,” said Shibli.

Asked about the future of Dr. Sheikh in the government, Shibli expressed ignorance in this regard. However, he added that further likely changes in the cabinet would be disclosed by Tuesday (today). Sheikh’s removal comes a few weeks after he lost the Senate election to Yusuf Raza Gilani on March 3, who has been notified as Leader of the Opposition. Hafeez Sheikh is not a member of the Parliament. Previously, he was special adviser to the PM on finance but made finance minister in December last. However, as per Article 91 (9) of the Constitution, he could not remain a minister for more than six months unless he was elected to one of the two legislatures; either the National Assembly or the Senate. Dr. Shaikh was removed unceremoniously without waiting for expected changes in the federal cabinet. Insiders believe something unusual happened on Sunday night after which the premier decided to remove Dr Shaikh immediately. Only the PM and his principal secretary are privy to exactly what happened last night resulting into a change of minds and hearts at the PM Secretariat.

The prime minister took this important decision at a time when the government is luring international investors for launching $1.5 billion to $2 billion Eurobond. Many federal ministers were unaware of this development, as when this correspondent asked them over phone, they expressed ignorance.

In background discussions, some close confidants of Dr Shaikh told this reporter that Dr. Shaikh was not feeling well on Monday during which he received a call from the PM Office. Probably, the premier showed his dissatisfaction with certain issues including price hike and the controversial SBP amendments under the dictates of IMF, at which Dr Shaikh asked the premier to replace him if he was not happy with him.This episode resulted in his abrupt removal.

Meanwhile, Hammad Azhar Monday tweeted a gratitude message addressed to the prime minister while announcing his new portfolio as finance minister. Hammad tweeted that he was honored by the additional charge entrusted to him by the PM. “Pakistan’s economy has made significant gains towards stabilization since 2018,” Azhar said, adding that the government shall continue to consolidate these gains and strengthen the growth momentum. He added that the incumbent government navigated economic fallout of Covid-19 fairly well especially as the world witnesses supply chain disruptions and inflation.

Meanwhile, Chairman Pakistan People’s Party (PPP) Bilawal Bhutto Zardari declared the removal of Finance Minister Dr Abdul Hafeez Sheikh as a victory of the Pakistan Democratic Movement. “The PTI IMF Minister needed to be elected to continue in post and the Senate defeat made that impossible,” said Bilawal tweeted.

He said the government had now admitted inflation was skyrocketing because of its failed policies. “Parliamentary opposition proven most effective vs this regime,” he said.