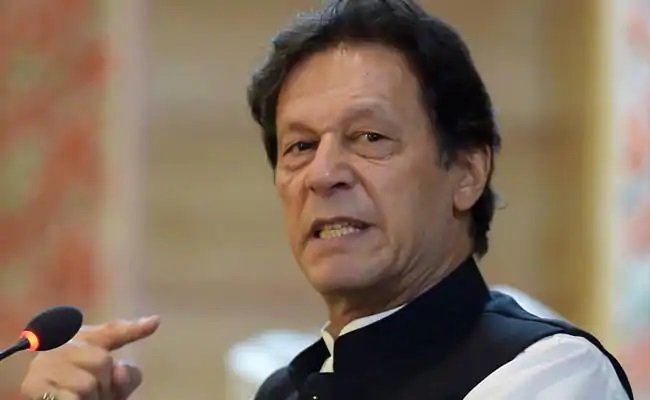 Prime Minister Imran Khan on Saturday called on Western governments to use the same standards to denounce any negative comments about the Holocaust that were used to insult the Holy Prophet (PBUH). They deliberately spread the message of hatred against Muslims.

He also clarified that the government took action against Tehreek-e-Lubaik Pakistan after its members challenged the state writ and attacked the public and law enforcement.

In a tweet, the Prime Minister said: “Even the most right-wing politicians in the West, who are deliberately involved in such abuses and hatred under the guise of freedom of expression, clearly lack moral sense and courage. They have to apologize to 1.3 billion Muslims. We demand an apology from these extremists because of this problem.

He added: “Let me make it clear to people here and abroad: our government only took action against the TLP under our anti-terrorism law when they challenged the state writ and resorted to street violence. And attacked the public and law enforcement. No one can be above the law and the constitution.
Prime Minister Imran Khan also had a message for extremists abroad, saying: “My message to extremists abroad who are involved in Islamophobia and racist curses and hurt 1.3 billion Muslims worldwide. They are and cause pain: We Muslims have the most love and respect. Our Prophet (SAW) who lives in our hearts. We cannot tolerate such insults and abuse.

Many European countries, including Germany and France – deny the Holocaust is illegal and the perpetrators can be sent to prison.

He categorically rejected the notion of any kind of foreign pressure on the TLP issue and said that the government had handled the TLP protests in the best possible way. He said that now the situation has returned to normal across the country.

Fawad said that Prime Minister Imran Khan had already issued a statement and tweet in which he praised the bravery of the police and law enforcement agencies. He said the government had to shut down social media for a few hours, but it was inevitable to counter the miscreants’ tactics.

He said that every Muslim is ready to sacrifice his life for the honor of the Holy Prophet (PBUH) but it is unfortunate for anyone to use this issue for political gain.

He said that in the past foreign hand was found in the sectarian violence in Karachi and in the recent violence in the name of religion no one could deny the hand of enemy countries.

The minister said that some parties may be playing into the hands of the enemy and such incidents could weaken the country.

He lauded the Punjab, Sindh and Khyber Pakhtunkhwa police and security agencies for working together to jail and counter the menace effectively.

Fawad said the government is committed to building the capacity of law enforcement agencies. He said that Pakistan is the fifth largest country and one of the seven nuclear powers in the world and it should not be taken as a weak nation that had successfully defeated the scourge of terrorism.